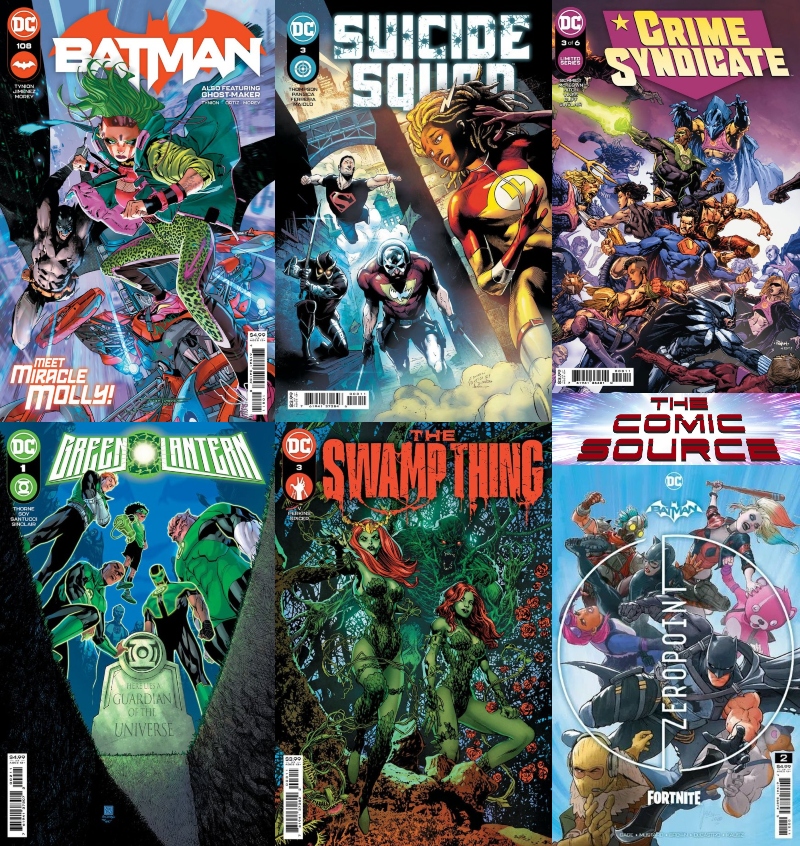 Jace and Rocky from Comic Boom! take a look at the DC books for the week of May 4, 2021. Starting off with Suicide Squad #3 which Robbie Thompson brings the perfect amount of humor to, but we wonder if this issue wouldn’t have been better served by coming out before Teen Titans Academy #2. Swamp Thing #3 continues to be a high quality title as Poison Ivy makes an appearance the art takes an even more lustrous turn with gorgeous colors. Crime Syndicate #3 gives is our first look at Alexander Luthor, but the guys wonder if the version still has some evolving to do. Green Lantern #2 has some of the most consequential events we have seen in a Lantern book in a long time, the only question is how long will these changes stick? Batman #108 gives our first in-depth look at Miracle Molly and she may be the most interesting of all the new characters we have seen debuting in this title over the last year. Finally the second issue of Batman Fortnite is tons of fun and fans of the video game will get even more out of it than those who haven’t played it.