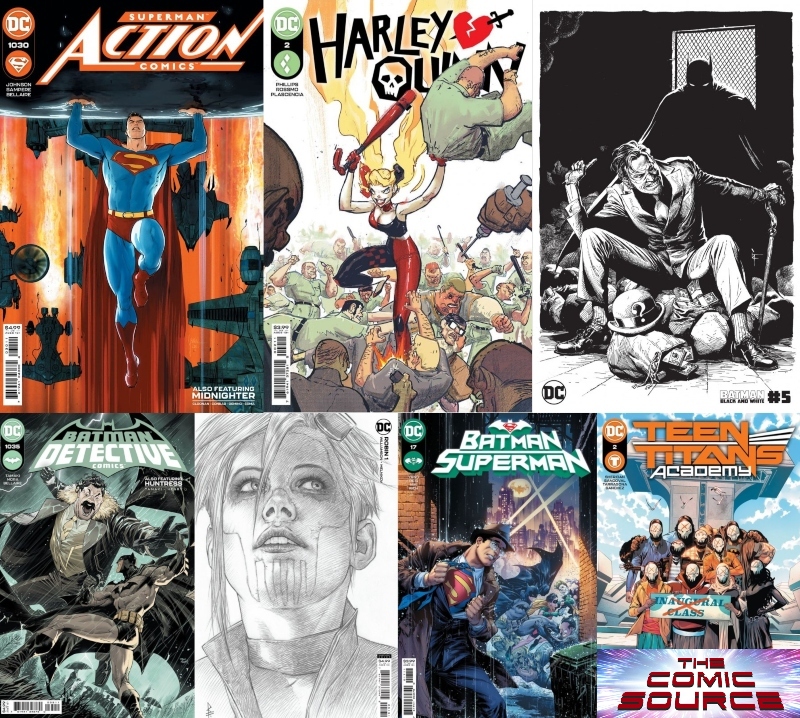 Jace and Rocky from the Comic Boom YouTube channel talk in depth about the DC Comics releases for the week of April 27, 2021. Action Comics #1030 feels more like a Superman comic that the book has in awhile and we hope it continues to have this feel despite the fact that the Jon Kent storyline continues to be problematic. Harley Quinn #2 is a bit frustrating for jace because of the dual narrative of Hugo Strange’s elevation as well as the continuing progression toward the Magistrate, Rocky felt that the strength of Harley’s characterization helped to overcome these problems. Meanwhile Batman Back & White had some of the best art for the series so far, even though all the stories aren’t exactly page turners. Detective Comics leans to much on tropes of Batman stories from the past, but the art is top notch. Robin #1 was a pleasant surprise and Jace in particular hopes DC has the guts to lean into the ending of the issue and really shake up the status quo. Teen Titans academy #2 is also a step in the right direction though the heavy-handedness of the Red X storyline as well as the tease for the guest appearances for next issue were a bit disappointing. Finally Batman Superman #17 continues to be one of, if not THE best comic DC is putting out, from the spectacular artwork to the interesting narrative this comic is just FUN!