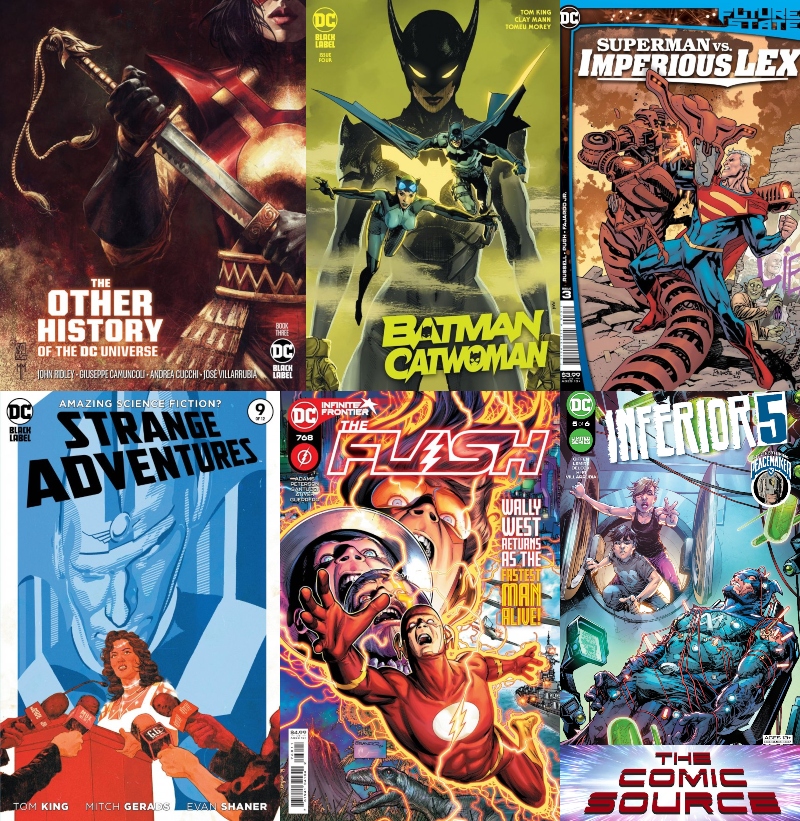 Jace and Rocky tackle another week of DC comics! Most of the books the guys talk about aren’t necessarily in the ‘main’ Dc continuity, but all the rest sort of stand on their own. Is this the reason the books seem to be sort of average this week? Maybe, maybe not, but The Other History of the DC Universe stands on its own as another spectacular issue of the John Ridley series that the guys have been really enjoying. Also we get sort of an epilogue of Future State as the third issue of Superman vs Imperious Lex hits comic shops. The Flash brings up a lot of question and the Jace and Rocky aren’t necessarily in agreement on the quality of the issue, while Strange Adventures & Batman/Catwoman both written by Tom King may need to wrap up before we know the true quality of the stories. All this & a lot more so join us for the fun!

The Other History of the DC Universe #3