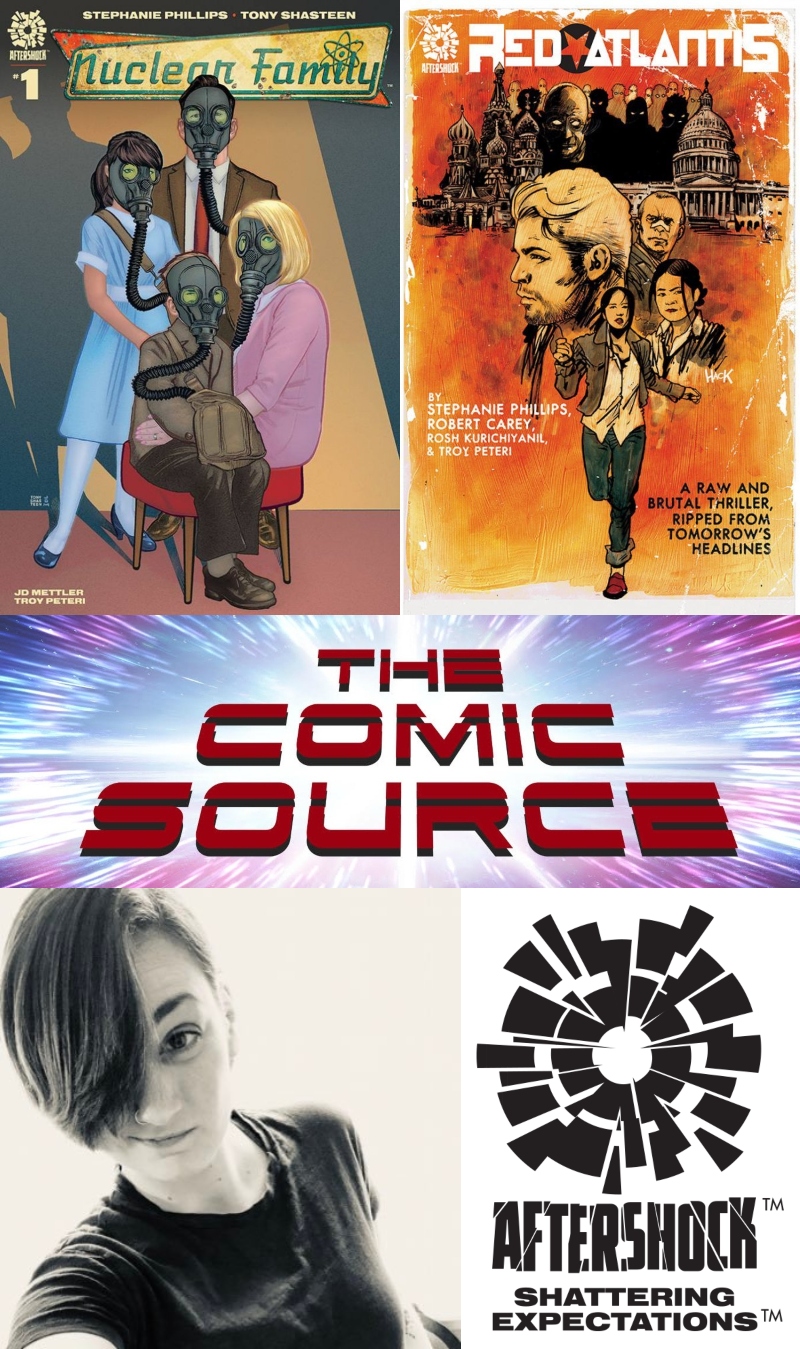 Jace and Rocky from Comic Boom chat with returning guest Stephanie Phillips. The Red Atlantis story just wrapped up at AfterShock and Stephanie talks about getting involved with the project, collaborating with a real-life Russian intelligence asset to tell the story and how should love to tell more of the story. The guys and Stephanie also chat about her current series from AfterShock Nuclear Family and how amazingly well the Tony Shasteen art suits the story as well as some talk about the narrative itself. Plenty of talk about Stephanie’s DC work and her upcoming return to the pirate world of Anne Bonny & Marry Read. All this and more so join us for a really fun conversation with a rising star in the comic industry.