Warning: Creating default object from empty value in /home/customer/www/thecomicsourceblog.com/public_html/wp-content/themes/virtue/themeoptions/inc/class.redux_filesystem.php on line 29
 About Us - The Comic Source Blog
Skip to Main Content 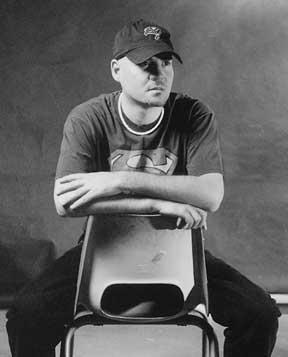 Welcome to the Source!

Jace has been collecting comics for nearly 35 years. A voracious reader in his early years, the desire to read everything in sight led him to the spinner rack at the corner store near his grandparents house in 1981 There he bought this first comic, a copy of Super Friends 42. He’s been collecting every since with just a few short breaks here or there. His love for the medium has grown throughout the years even as his growing collection forced him to go mostly digital in 2012. He still has close to 17,000 comics and continues to buy both print and digital comics every Wednesday. Reading comics for nearly 35 years has given him a vast knowledge of the history of both Marvel and DC from the 80’s to the present as well as independent publishers like Image, Valiant, Dark Horse, Malibu and many, many more. He owned a comic shop during the boom of the 90’s and lived through the big crash first hand. He has watched the industry evolve and change over the last 4 decades from the 80’s to today and he brings thoughtful insight to analyzing comics of any age. He’s also an avid collector of original sketches and has several themed sketchbooks. He loves to do nothing more than talk comics both with fellow fans and creators. He attends as many conventions as possible and conducts interviews with creators, fans and cosplayers alike to give them a chance to share their own interests for all things comic and pop culture related. The great pop culture explosion of recent years has comic properties showing up on TV, in the movies, theme parks and everywhere in between. He would love nothing more than to turn the huge number of people who are introduced to these characters this way into comic book readers. Jace believes there is a comic out there for everyone, it is just a matter of finding the right comic to suit the right person. He thinks we are in a golden age of comics as far as the quality, diversity and amount of creator owned properties. His passion for comics led to him starting The Comic Source video blog on YouTube in 2013 as well as the The Comic Source podcast in 2015. Jace hopes that by sharing his love and knowledge of comics, he can bring in a whole new generation of readers while at the same time exposing current fans to publishers, characters and comic books they aren’t currently reading. 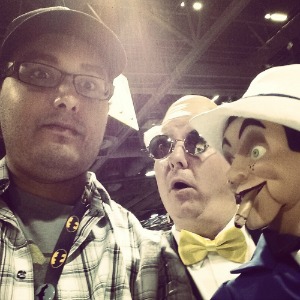 From a young age Manny always enjoyed watching his favorite DC and Marvel heroes on the big screen as well as the animated adaptations, with his favorite hero always being Batman. Stories like Frank Millers “The Dark Knight Returns” and Alan Moore’s “The Killing Joke”, led him to start taking his comic book collecting a little more seriously. Manny is a relatively new comic book enthusiast, but he doesn’t let that lack of experience hold him back. Three years ago he started his collection and hasn’t looked back. With every series he reads, his knowledge of sequential storytelling and the diverse artwork of comics today, continues to grow. Although he started with exclusively DC titles, his reading list expanded quickly to include other publishers, some of his favorites being Top Cow, Image, and Valiant. In the more recent months he has even added a couple of Marvel titles. He also really enjoys visiting as many comic conventions as possible and interacting with writers, artists and fellow comic book lovers. He is happily married to a very supportive wife and has a beautiful little girl who also enjoys comic books and their characters. In addition to comics he has a growing collection of art commissions and prints by different artists. Manny is currently an accomplished graphic designer and brings that sensibility to his reviews and Comic Source projects as well as a fresh set of eyes and an eagerness to learn. He hopes to continue to learn from Jace as well as writers, artists, and fellow comic book enthusiasts. By doing so he can, in turn, share that knowledge with others who express an interest in comic books. 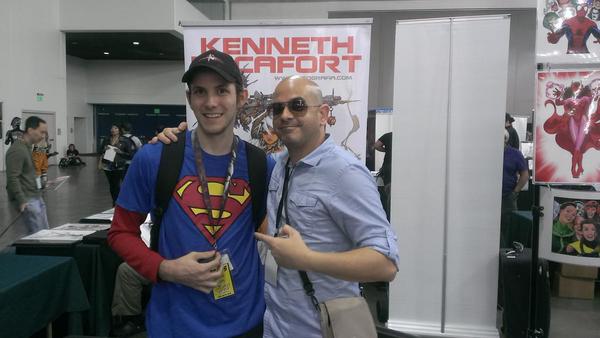 Jaeden grew up watching the Spider-Man and X-Men movies over and over. He also was a huge fan of The Matrix. He started playing the MMORPG City of Heroes when he was only 9 and became one of the top players in his server. Reading comics was the next logical step for him, but he didn’t get really serious about his comic reading until attending San Diego Comic Con in 2011. DC was about to relaunch with their New 52 Universe and Jaeden felt like this would be the perfect time to get in on the ground floor. A fresh start that didn’t require extensive knowledge of previous stories was just what he needed to dive headlong into the DC Universe. He is also a big fan of Matt Hawkins and a lot of the Top Cow books. His favorite artist is Kenneth Roccafort and although Jaeden doesn;t read a lot of Marvel he makes an excpetion for the Roccafort drawn “The Ultimates” title. Jaeden is The Comic Source expert on Arrow and The Flash TV series and watches a wide variety of comic and sci-fi TV shows. He also keeps our listeners up to date on news about comic movies and casting.